TIMELESS TUESDAY: Featuring something that is timeless, with classic lines or features that will assure   it will never go out of style…could be a car,  a dress, jewelry, architecture…something new that is going to be a sure winner in the “timeless” category, could be just about anything that is or is likely to be a “classic.” I’m thinking there will be a lot of black and white items in this category.

Today’s Timeless Treasures come from the world of music. That wonderful music of the 30’s that has transcended time and has been renewed and refreshed  over and over again with new artists through the years. The arrangements may change a bit as the years go by and the style of the singers vary but the heart of the music’s melody and the wonderful  lyrics will never die.

“Somewhere Over the Rainbow” was written by E. Y. Harburg (Lyrics) and Harold Arlen (Music) for the 1938 movie,The Wizard of Oz, starring  Judy Garland.  This song has been sung by some of the most famous and beautiful voices in the world…some more recent artists have been: Eva Cassidy, Celine Dion, Celtic Women, Israel Kamakawiwo’ole, Jason Castro, Josh Groban, Susan Boyle, Charlotte Church to name only a few. I wanted to use the video from the movie but embedding has been disabled, so if you want to hear that wonderful original you will have to go here.  Instead,  I’ve chosen Eva Cassidy’s version.

Next up is “Putting on the Ritz” which was written by Irving Berlin in 1929 and first sung by Harry Richmond in the 1930 musical film Putting on the Ritz.  It is probably best known for Fred Astaire’s version  in the 1946 movie Blue Skies. Marty Feldman and Peter Boyle did a sing and dance version in the 1977 movie Young Frankenstein. Michael Jackson and his sister, LaToya, did a dance number to Michael’s vocal accompaniment in the Jacksons Variety Show in 1977. Taco did a video, pop version that had everyone tapping out the rhythm and humming the tune in 1983.  Clark Gable did a version way back when. There’s even a video on YouTube that uses the song as accompaniment for various scenes from the Harry Potter movies. Sounds like a classic to me. It’s always been one of my favorites because I’m a sucker for tap dancing and I love Fred Astaire.

Hope you enjoyed these two timeless songs that have endured for over 80 years and will most likely be around for 80 more. 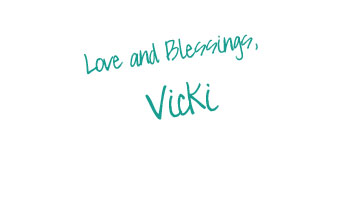