SUNDAY LEFTOVERS:  This is not about food. Think of it as a doggie bag filled with the essence of  a Sunday Sermon. It might be something that stood out to me that I want to investigate further, something I might need to work on in my life, or maybe just an uplifting quote that is “Refrigerator Worthy” (RW)  as our pastor often says. It might be me putting a sermon into my own words to help me remember it and internalize it.  Whatever it is, I hope it will help both you and me in our walk with God.

The Prodigal Son Luke 15:11-32
How many of us have not heard the Parable of the Lost Son or as it is frequently called, the Parable of the Prodigal Son. It is a very well known parable of Jesus, at least for those of the Christian faith.  But I wonder how many know what the word “prodigal” means? Well, I, for one, am embarrassed to admit that I had never looked up the definition. I have alway just thought of it as meaning “lost,” since this is the parable of the lost son.
In the sermon yesterday, our guest speaker, gave us the definition and I was surprised to find out that it means  “characterized by wasteful or extravagant spending or lavishness.”  Prodigal comes from the Latin word prodigus, from prodigere which means to squander or drive away.  So we now know that “prodigal” is  referring to the son’s squandering of his inheritance from his father, not to his being “lost” to him.  His prodigality is what caused him to be lost to his father.
There are a lot of things to be learned from this parable. One thing that came to me yesterday is that we are all prodigals.  Is there anyone of us who has not at some time in our lives, been willfully wasteful of what God has given to us?  One can be prodigal with many things other than wealth…how about  love or our time, just to name two.
It is good to know that we have a Father who is willing to forgive us our prodigality and restore us to a right relationship with Him.  Not only is he willing, but he, like the father in the parable, anxiously awaits for His prodigals to return to him.
Is there anything that you’ve wasted or squandered?  Today would be a good day to talk to your Father about it. I am certain that He, like the father in Jesus’s story, will welcome you with compassion and will rejoice!
Hope you have a week filled with blessings, 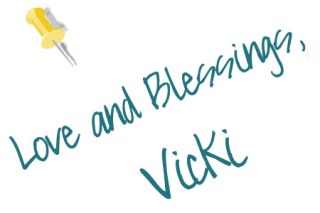 Between Naps on the Porch
Jeanne Oliver

Musings of a creative life.